❝I like things just exploding minute by minute, day by day! And I never took anything too seriously, and I think this trait shows in my music. 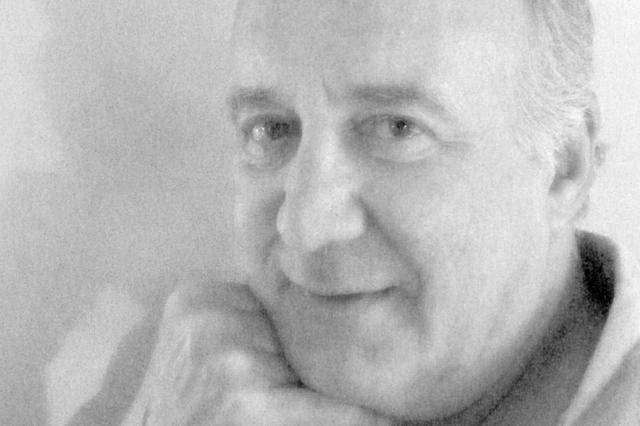 If you have ever had a live pianist accompany a ballet class, you are lucky. If your pianist was Robert Swerdlow, you would have been accompanied by a legend. Robert Swerdlow is a low-key, but highly successful pianist and a widely adored member of the artistic community.  Not only has he accompanied ballet and contemporary classes for 62 years (he is currently 82 and still plays without missing a note!) for legends including Martha Graham, José Limón and Merce Cunningham, but he has also written musicals, including Justine, which played off-Broadway. He is a composer, lyricist, producer, and director. AND I found out he was the inventor of the 4-track 16mm multi-lingual film projector!

A man of talent and ease in everything he attempts, Robert has lived a life full of adventures, including writing children’s fables and escorting Jane Fonda to a wedding!  Raised in Montreal, he quickly began chasing musical pursuits and started travelling around the world, from Vienna and Toyko, to New York City, Toronto (where he wrote the music for The Playing Fields performed by The National Ballet School of Canada) and Vancouver (where he played at Ballet BC and Arts Umbrella).

❝I enjoy composing, and am glad of the opportunity to release music.  It’s lovely to be heard, and to see people using my music. 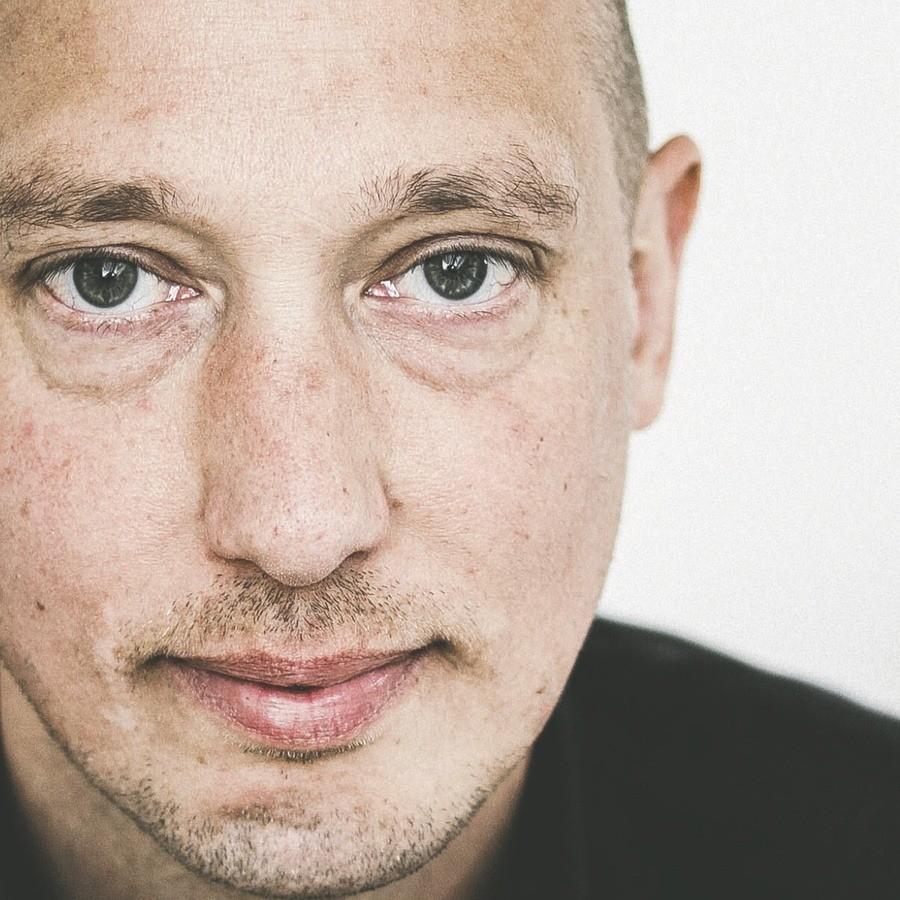 Søren is a graduate of the Royal Danish Conservatory in Aarhus, Denmark, and has an Advanced Postgraduate Diploma in Music.

Søren Bebe is a leading pianist and composer in the European jazz and contemporary music scene. He is also a freelance accompanist for dance, and has worked at, among other places, The Royal Danish Ballet, The Royal Danish Ballet School, Danish Dance Theatre, The Danish National School of Performing Arts, Dansehallerne and The Pantomime Theatre in Tivoli, Copenhagen.

❝Emanuele is one of those rare and special ballet accompanists who has his eyes glued attentively on the dancers and exercises from over the piano and improvises a series of original, suitable and BEAUTIFUL compositions for the entire class! 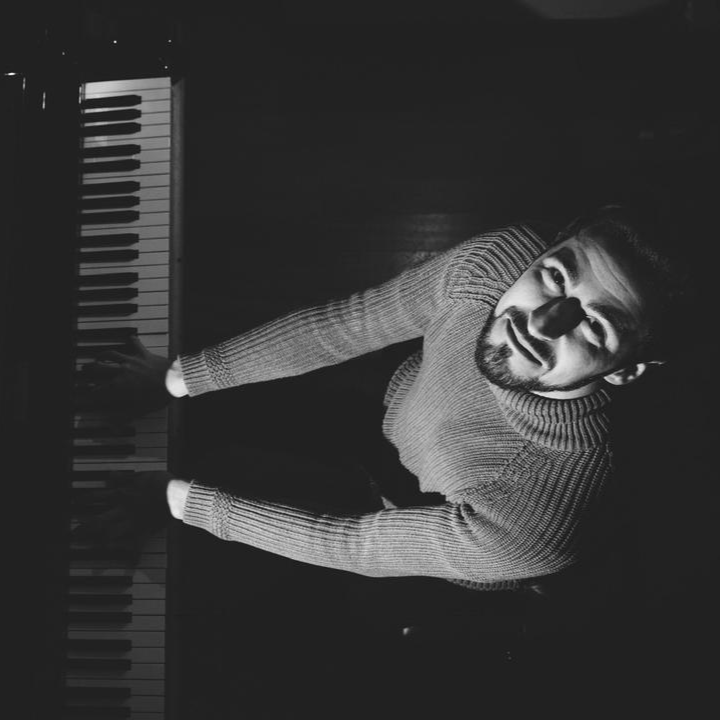 Emanuele Lucchisani studied under Salvatore Corini at the Conservatoire of Music Giuseppe Martucci in Salerno.  Upon graduating, his talents in dance accompaniment won him a scholarship for the LLP/Erasmus Placement Programme to the Royal Academy of Dance in London, where he played for some of the most important ballet companies and academies, such as the Royal Academy of Dance, English National Ballet, Ballet Black, Trinity Laban, English National Ballet School, Central School of Ballet, Urdang Academy, Arts Educational, London Amateur Ballet. In 2014, he received his Master’s degree in Dance Accompaniment at the Conservatoire Alfredo Casella in L’Aquila.

After playing for the Teatro dell’Opera and for the Balletto di Roma (2014-2018), he currently plays for the École Supérieure de Danse de Cannes, France.

❝I love to have fun, play with my boys, drink coffee, have dates with my hubby and play the piano a LOT! 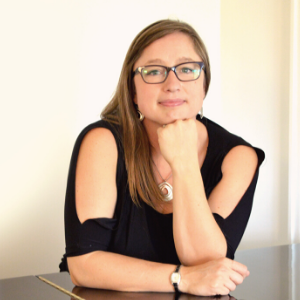 Lorel loves to have fun, play with her boys, drink coffee, have dates with her hubby and play the piano a LOT! On top of all of that, her most recent fascination and joy is creating a business based on music education, courses for ballet teachers!

An excellent salsa dancer, Lorel has lived in Jamaica, been featured in major newspapers including the People Project by the Calgary Herald, and played in many interesting places including Disneyland and Amsterdam, Netherlands.

❝Dancers inspire me. They show me how pure aliveness feels, what pure presence is and the joy of moving through space. 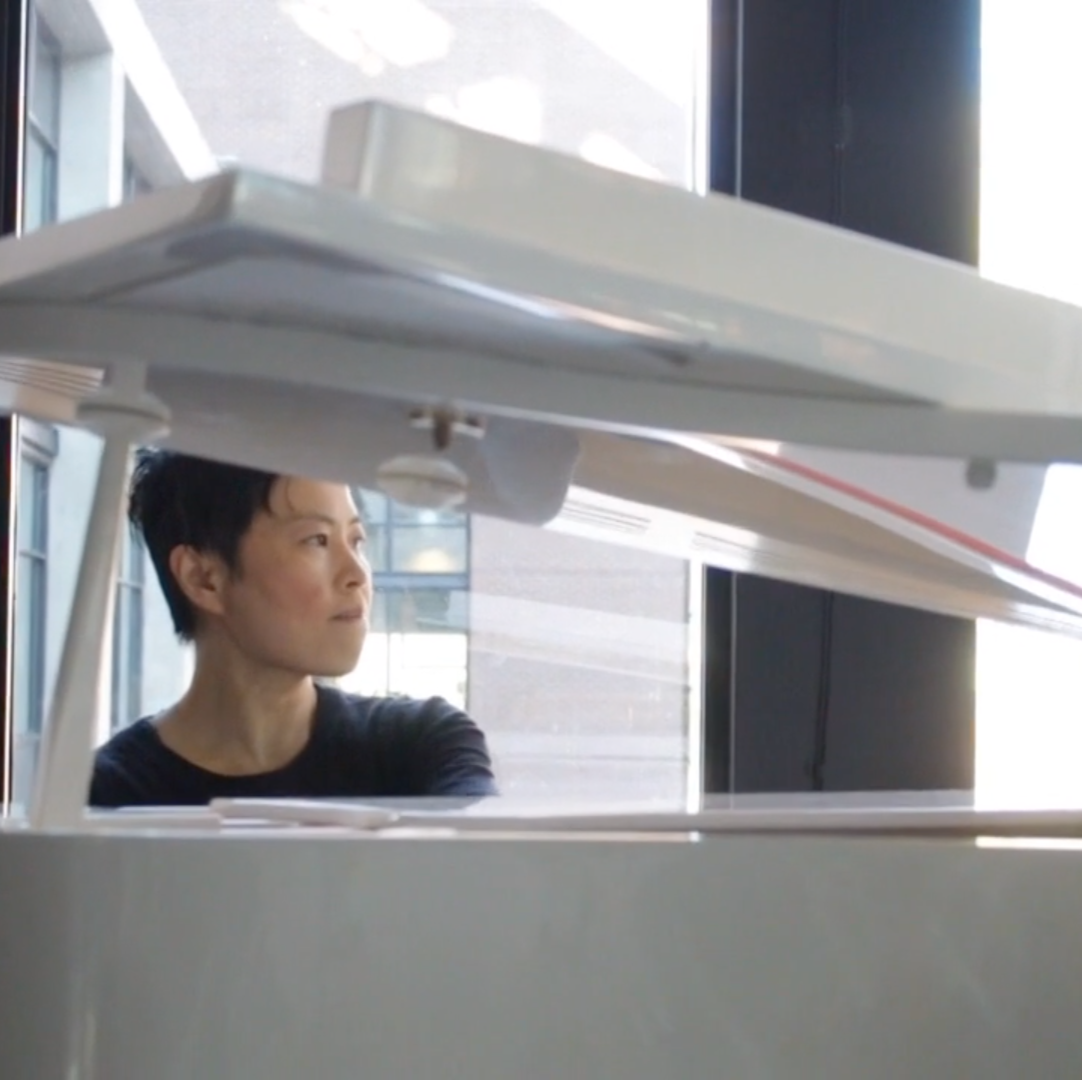 A genre-defying interdisciplinary artist, Yawen is known as "a dancer at the keyboard" (Georgia Straight) and has created a body of work in the realms of music composition, gallery installation, performance & movement art, music theatre, music for dance, radio play/PodPlay, and interactive media.  She was nominated for a Future Generations Millennium Award (Canada Council for the Arts), an Outstanding Original Musical Award (Jessie Richardson Theatre Awards) and has been the recipient of numerous creation and performance grants that support her various original and creative projects.

A former company pianist at Ballet BC, she is currently one of the principal pianists at Les Grands Ballets Canadiens, Les Ballets Jazz de Montréal and École Supérieure de Ballet du Québec. 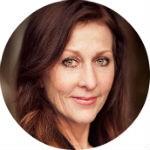 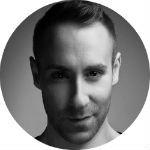 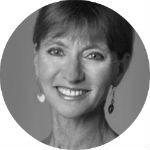 "Yawen has been accompanying our Ballet Classes at Harbour Dance for a few years now. I can tell you she is the most inspiring, talented and giving pianist. Yawen has an amazing understanding of what is needed to motivate the students to feel the musicality of the movements which in turn makes them work harder."

"For many years now I have had the opportunity to work with the ballet world's best pianists around the globe, and I can say, without a doubt, Yawen is a part of that elite. Her understanding of tempo, dynamics and phrasing is exceptional. When Yawen is at the keys, you know you are, literally, in the best hands."

"What a privilege it has been to have Yawen as an accompanist for my classes.  Yawen has a gift of insight and instinct which inspires an atmosphere where teachers and dancers can be creative and engaged. Finding a pianist as accomplished and talented as Yawen is rare. She “completes" my class!!!!"

"Yawen is an excellent dance musician. An accomplished pianist who has also been committed to studying dance, she understands and translates the essence of movement into sound. Her playing provides not only the right rhythms and tempos for the exercises and combinations, but also the desired quality and musicality that the specific movement requires, creating the perfect moods and imagery for the class. She is always receptive to the instructor's suggestions and requests, creating a positive and collaborative atmosphere. All of these aspects are very conducive for a dancer’s development, and dancers flourish in this environment. A class with Yawen’s music is truly inspiring!" 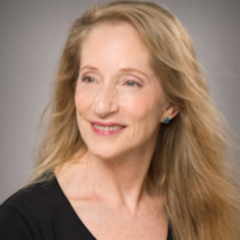 "Yawen is the rare dance musician who combines technical command, creativity and an intrinsic understanding of what dancers need and want to deliver an inspiring, stimulating and supportive experience in class. She is an ideal partner in the studio, interpreting the movement material presented and transposing it into the perfect musical accompaniment. Her versatility and openness make her the go-to choice for a variety of techniques and styles. I recommend her very highly." 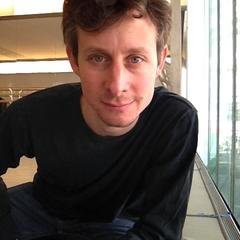 "I have been teaching ballet classes for more than 40 years - first with tapes, then with CDs, finally with pianists. Yawen is one of my favourites - she knows what to play for all the exercises! Her music is delightful, and the students want to do and dance to it. For me it's so much easier. I recommend her to any teachers! Thanks Yawen." 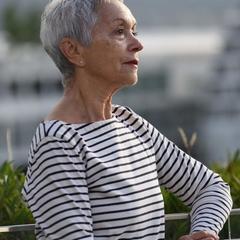 "I love having Yawen play for my ballet classes. She has a real gift for choosing just the right music for each different exercise. From the first few notes of music I see the students' faces light up - their whole bodies light up! And off they go - dancing their hearts out, inspired and supported by Yawen's wonderful music. The right music can lift even the most simple exercises up and out of the ordinary. Yawen knows how to make that happen." 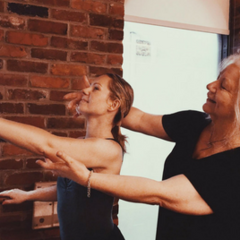 "I have had the great pleasure to experience Yawen's musical interpretations for dance classes both as a teacher and as a dancing participant. Our conversations about her accompaniment demonstrate the same relentless commitment that I feel in her playing. She provides a full musical world for both dancers and teachers. Each class with Yawen has been impressive. Completely competent and deeply artistic." 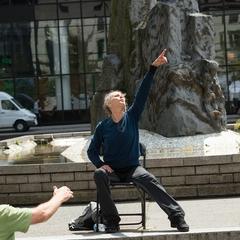 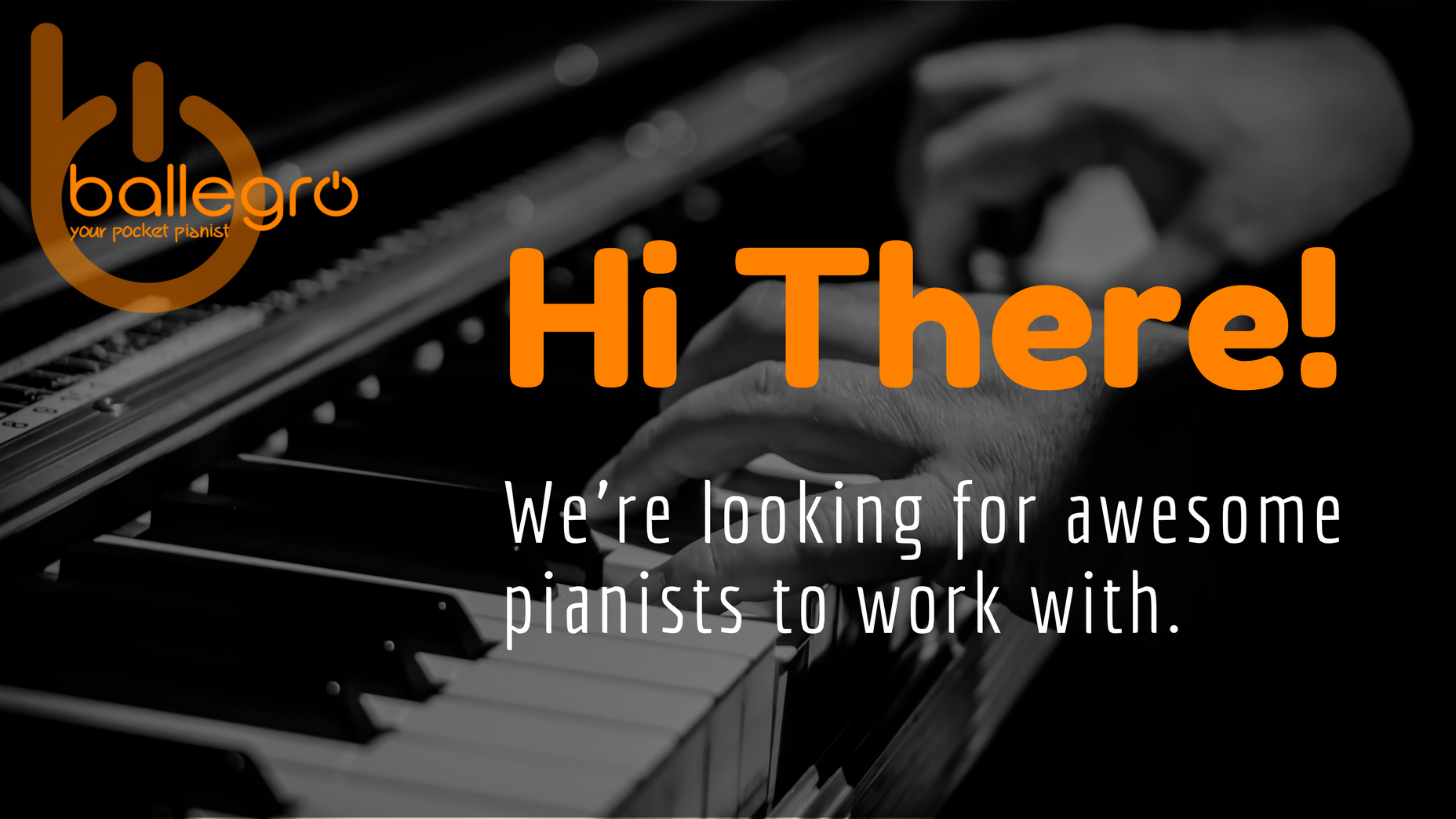 Interested in having your piano music hosted in our Ballegro Music Streaming Library?  Send us your contact info and we will get in touch as soon as possible.

Book a LIVE Virtual Pianist for your Online Classes & Exams

We deliver high quality LIVE piano accompaniment for your online classes, exams and/or pre-exam at-home practices to help you teach and dance with ease!  Take advantage of some of the world's best ballet pianists we have on our team, who play for the major ballet companies at our time.