Top 6 Ballet Songs You Absolutely Need In Your Playlist! 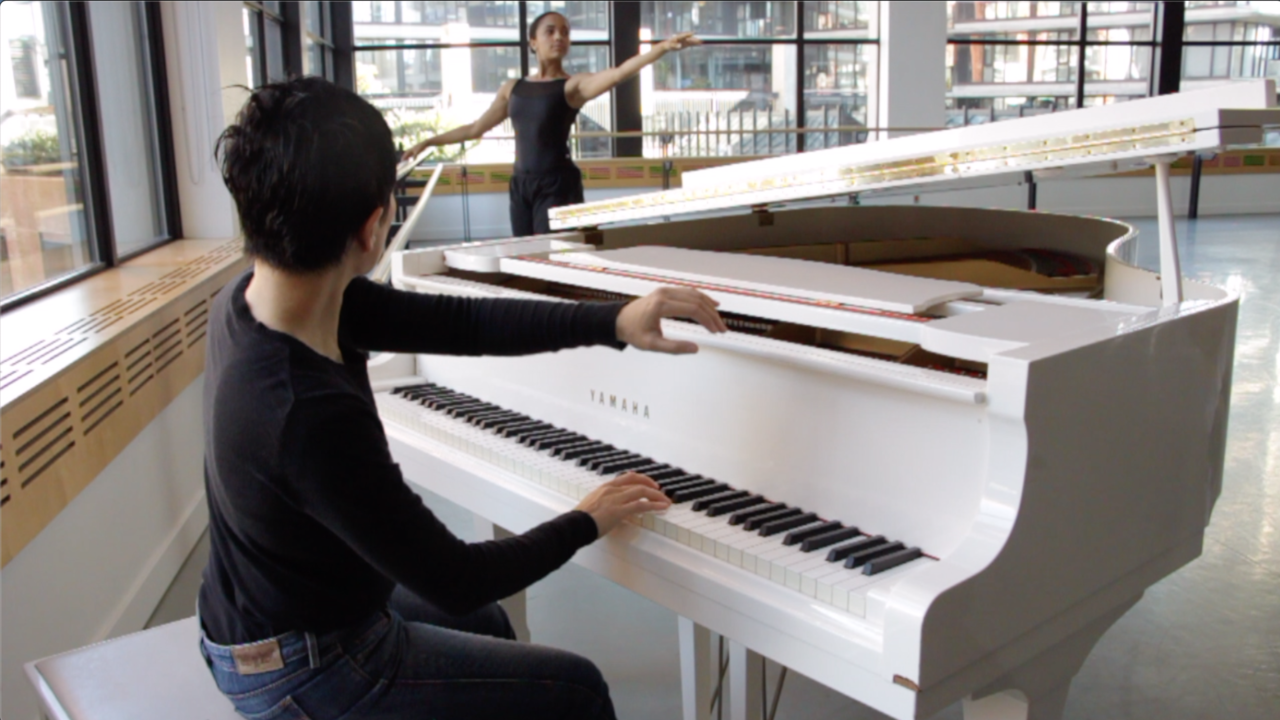 In every ballet class, we listen to about 20 different pieces of music. Ranging in style, tempo, and mood, each song has its own unique way of moving and carrying the dancers through the exercise. And the best songs propel and inspire us to indulge in every step.

Number 1 on the charts is Pavane, by Gabriel Fauré.  Fauré (1845-1924) was a composer and pianist at the forefront of his generation.  He was a major influencer for many twentieth century composers, and Pavane was one of his best-known works.  Written in a minor key, Fauré’s famous composition has a nostalgic and melancholy feel, making it ideal for Warm-up, Pliés, Adage, and Stretching!  Although a typical adage is set to a 3/4 signature, this piece is a written in duple time (4/4). This challenges the dancer to have to move through the space between the notes; it is up to us to fill it up with our movement so it doesn’t feel choppy or stagnant.  One of the reasons Pavane is such a hit despite it being a 4/4 is because of its setup.  The left hand is playing steady arpeggiated figures in 8th notes, while the right hand is playing a beautiful long, sweeping melody.  On top of this, there is a sense of rhythmic pull that can be felt when listening to the way the song is played in this heartfelt recording.  As I sit here listening to it on repeat, I want to get up and move!

Written by Giuseppe Verdi (1813-1901), this rendition of the piece is upbeat and perky.  Verdi composed mainly for classical operas, which is where Bella Figlia Dell’Amore is from as well.  The Ballegro version was inspired by this operatic aria, however has a much more driving beat, making it perfect for Fast Tendus, Slow Dégagés, and Petits Battements.  The consistent 16th notes are rhythmically clear, providing enough energy to feed the dancers and to keep the momentum up even in a simple Tendus exercise. On its score sheet is written ‘coloratura’, meaning an elaborate ornamentation of an operatic melody, and this is exactly what the song represents.  Although there is a driving pulse, the melody is playful and accentuates the musical upbeat that helps the dancer find the accents of Tendus or Dégagés.

This beautiful piece is written by the Founder of Ballegro herself, Yawen!  Here, she took one phrase from the famous theme in Rachmaninoff’s Piano Concerto No.2, 2nd Movement and spontaneously improvised off it to create a whole song which dancers can now use to indulge in Ronds de Jambe and Adage.  The song is more contemporary, but with strong classical influences. This lyrical 3/4 uses a 2-against-3 texture, one that generally creates a more sophisticated rhythmic interest and drive, and gives the dancer so much room to play and investigate the movement and space within the exercise.  It is beautifully moving and is for sure on my teaching playlist!

This is a classic by George Gershwin (1898-1937), who spent much of his time composing for ballets and is famous for his quasi-ragtime style.  In fact, if you are a Broadway fan, you might know him as the composer of An American in Paris!  This song, which is also from a musical called Strike Up the Band, is of the Broadway-jazz genre and is an example of a March.  Gershwin was inspired by John Philip Sousa, who was a composer and conductor and was most known for his American military Marches.  One of the great things about this piece is that it is an excellent example of the kind of fast March rhythm (in cut time) that can suit a variety of exercises when it's counted in half-time.  This makes it a great choice for Slow Dégagés, Frappes, or Grands Battements! Not to mention how catchy and flirtatious it is.

This is a piano arrangement of the famous Russian folk song Ochi Chyornye.  This classical waltz has generously been recorded at two tempos; the first slightly faster and is ideal for Grand Allegro and Men’s Allegro, while the slower version for Pirouettes.  To create her most authentic work, Yawen consulted 3 different scores of Dark Eyes including piano and violin arrangements, all with their own unique interpretations. The 3/4 time signature allows for a lilt even within large jumping and travelling exercises.  Its momentus melody shifts to create a 2-against-3 feel and explores running patterns and shifting musical accents. The chord progression has an exotic feel keeping the piece incredibly exciting, something I could listen to over and over again without getting bored!

This is a favourite of Ballegro’s Founder, quoting her saying this song is “SOOO good!”.  Originally written by Maurice Ravel (1875-1937), this classical song is based off of the 2nd Movement of Concerto Pour Piano et Orchestre.  While the odd counts and uneven measures are preserved to keep its spirit, and the spaciousness of this music makes it a suitable choice for a Stretch Interlude in free counts, and it is not hard to “visualize how the music massages the dancers’ body”, as stated by Yawen.  The deep contemplative mood and 3/4 time signature of this exquisite music encourages deep stretch and a zen-like state for the dancers to focus on their bodies.

There you have it - Ballegro’s Top 6 songs for an inspirational and moving Ballet Class!  These songs are on my go-to list, and you should add them to yours as well!

Stay connected with news and updates!

Get Studio Access for All Your Teachers & Students!
Our Studio Plan is the BEST VALUE amongst all our subscription plans.  After we receive your message, one of the Ballegro Support Heros will get in touch with you within 48 hours.